Its been almost 7 months since my first day working as a structure engineer in construction world. I working as a Structure Consultant in which i have handled several project from simple struss structure, lowrise-building up to medium-rise-building (still waiting for my opportunity to design highrise-building). Each of construction project have its own ‘uniqueness’ due to the region, environment and special characteristic. But, eventough the demand and design requirement from each projects are different, i do aware that the the working scheme are mostly similar from one to another. 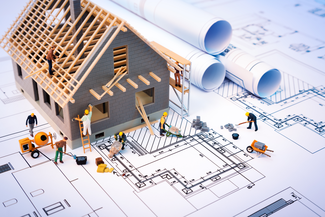 After the client contact the company, the director will assign the project to the engineer (as a gamer terminology it’ll be like; “sometime solo-quest, sometime party-quest” 😀 ). Engineer(s) whose in charge later on will be given a brief explanation regarding the work that will begiven to them. On this phase, Drawing from architect, all the demand from the Owner, Architect or even Contractor will be noted to be evaluated during analysis phase.

The work, always, start from the drawing. Before going further we must know precisely about the structure that we’re going to design, right?. Understanding about what the room going to be filled with, what and how much load going to be assigned, how the system of structure going to be work, precise locations of columns and beams, what type of foundation suitable for the building and other consideration that will support the design are very crucial to be done.

After the design data has been decided the the work continue with modeling phase. In the company that i currently working, we use StaadPro to help the analyze the structure. Several stages of analysis were performed in order to obtain the exact result, such as; the dimension of column, beams and plate. Later on the result were converted into drawing. Architect and owner later on review the drawing and perhaps give several comment and request. Then we were check the design whether the request acceptable or not. Drawing were finalized after the owner okay with the design we submitted.That design became the gudance for contractor to do a detil drawing. This is mostly the scheme that i have felt during my day as a structure engineer.

Feel free to share your thought regarding my experience of designing a structure, until next time! 😀

“A concept of Building Information Modeling (BIM) is one of the concept that could perform the next level of planning. BIM is an approach to support the design, construct and management activity. The ability of BIM would make the civil engineer and other parties involved in the project to make a better and precise decision. (Liang, 2015)”

The statement above are one of the main reasons of my prefference in deciding what i am gonna do for my final project research. During my period of study i do aware that construction industry require a good coordinator between parties who involved.

As a structure engineer (which currently what i am now), the design that served should match with the design from Architecture. The matching process, in reality, isn’t as simple as it sounds. From several project that i am working, demand from the architect mostly ‘a bit’ different from the design that submitted by the structure enginer. Re-evaluating, re-design and re-modeling might require in order to fullfill, or atleast considerably okay, the demand from the architect. Once the design is fixed by both parties, the owner of the project will be informed. Design, material and cost will be evaluated by the owner before giving a final words regarding the project continuity. If the owner was okay with the design then it will be executed by appointed contractors, but if the owner want some adjustment then the designing phase will be repeated all – over again (x.x’).

By the existence of BIM, it is expected that all parties which involved aware regarding the change and the demand from the owner. good comunication possibilities and easy access to the project as a whole will make the flaws that might occurs in the project

Well, recently i got a request from riki that ask to post about the activities in the Civil Engineering International Program activities

Civil engineers are needed in all aspects of our daily life. Civil engineers design, build and maintain the built environment in which we live. These include bridges, buildings, railways, highways, water supply, airport, and many other infrastructure facilities. The involvement of civil engineers might be in the planning, designing and managing such projects. END_OF_DOCUMENT_TOKEN_TO_BE_REPLACED

Various electricity sources to provide electricity needs in Golden Gate Bridge being analyzed to gain the impact of each source to the global warming. In purposed to obtain environmentally-friendly energy source, problem in criteria of pollution resulted, sustainability, impact to the human health, and impact to the environmental still happened in two of three energy sources. Hazardous wastes are produced by the Nuclear reactor which is harmful to the human health, air pollution also occurs in the process of producing energy in Nature gas and highly responsible to the climate change. Either Nuclear reactor or Nature gas cannot provide sustainable energy source because the fuel is formed from non-renewable materials. Both of them revealed the possibilities of disadvantages are more dominant than the expected benefits. The last energy source observed (solar panel) shows different results which are sufficient to the criteria. Moreover, it can be placed in almost every part of the bridge as long as provide sun light, which means not necessary to change the design of the bridge.  This observation suggested using Solar panel as electricity boost to Golden gate bridge electricity needs. END_OF_DOCUMENT_TOKEN_TO_BE_REPLACED

Asphalt is the heaviest fraction of petroleum, left behind when the more volatile compounds evaporate. It flows slowly during warm weather and may be stiff enough to shatter during cold times. Geologists use the word “asphalt” to refer to what most people call tar, so technically this specimen is asphaltic sand. Its underside is pitch-black, but it weathers to a medium gray. It has a mild petroleum odor and can be crumbled in the hand with some effort. A harder rock with this composition is called bituminous sandstone or, more informally, tar sand.

Asphalt is a brownish-black semisolid or solid mixture of bitumen, either from a native source or as a petroleum by-product. Sometimes the term asphalt refers to a mixture of asphalt with sand, gravel or crushed stone.

Asphalt is a natural or artificial mixture in which bitumen is associated with inert mineral matter. It is black or brownish black in color. At temperature between 50–100°C it is in liquid state whereas at temperature less than this it remains in solid state. Because it is a thermoplastic material it softens as it is heated and hardens as it is cooled. It is the basic paving material in use today. 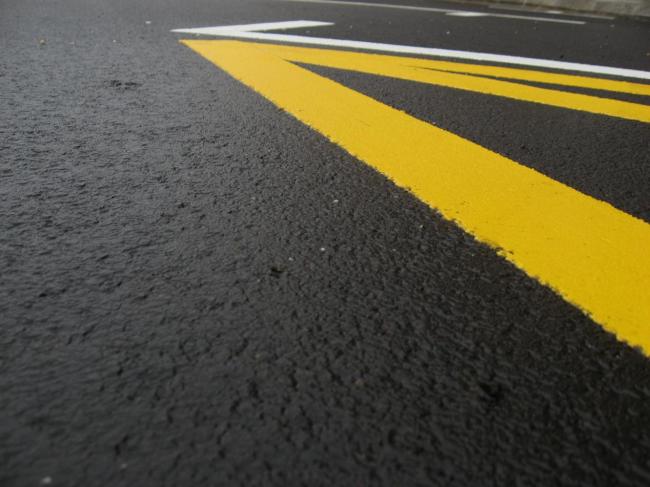 END_OF_DOCUMENT_TOKEN_TO_BE_REPLACED

The Shanghai World Financial Center (SWFC; Chinese: 上海环球金融中心) is a skyscraper located in the Pudong district of Shanghai, China. It was designed by Kohn Pedersen Fox and developed by the Japanese Mori Building Company. It is a mixed-use skyscraper, consisting of offices, hotels, conference rooms, observation decks, and ground-floor shopping malls. Park Hyatt Shanghai is the hotel component, containing 174 rooms and suites. Occupying the 79th to the 93rd floors, it is the second-highest hotel in the world, surpassing the Grand Hyatt Shanghai on the 53rd to 87th floors of the neighboring Jin Mao Tower. 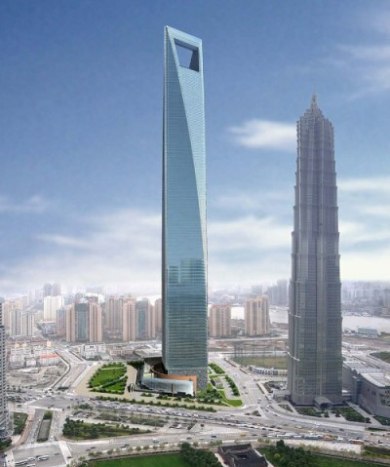 END_OF_DOCUMENT_TOKEN_TO_BE_REPLACED

So, yeah… i’ve decided to start write a blog about my story by this day. Basically, the main purposes to me to start to create and manage a blog is to create a place where i can keep my very own idea, train my typing style and speed and share about my thoughts about things that came to my mind (when i say start i dont really start from zero, ive create another blog but… u know.. i really make a comittment to write a blog just now, October 28, 2013) 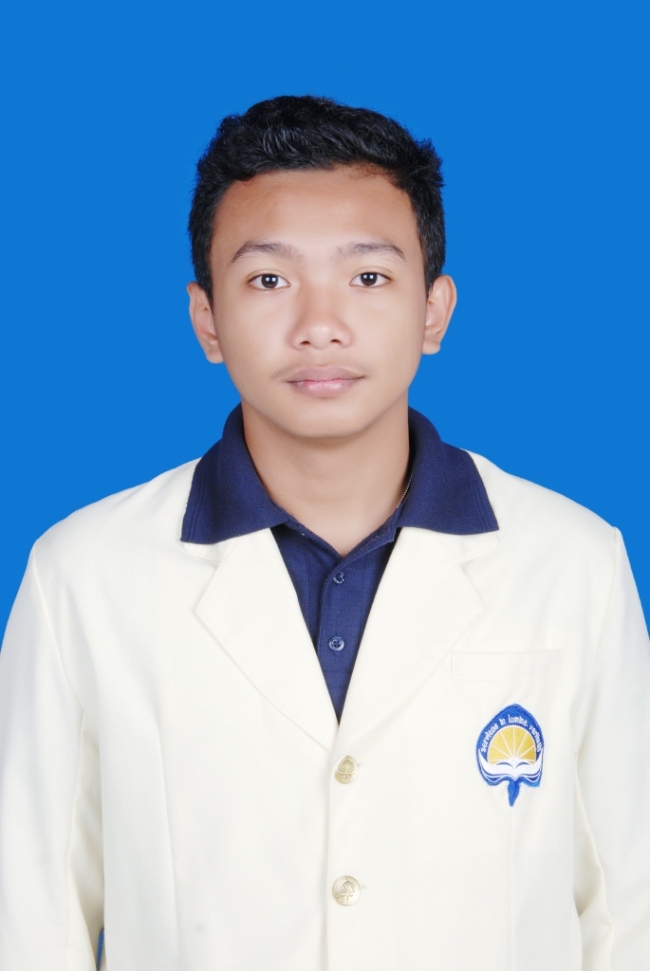 wanna know about me? (assume if the answer is yes)

My name is I Gede Eka Agastya Putra or simply you can call me eka. I’m 17 by this first August. I study Civil Engineering in Universitas Atma Jaya Yogyakarta, i take the international program in there (i prefer take with the english one because i think it’ll be fun and its really are). I’m on my third semester by now. I love reading motivational book, but i’m not really in with reading, I Love sports, I’ve hi interest in Physics and Math (still im not so good at it), I like to see a good environment, once i act like an activist 😀 , I like to watch and read about space stuff even i’ve never go there and have limited knowledge about it but i love it.